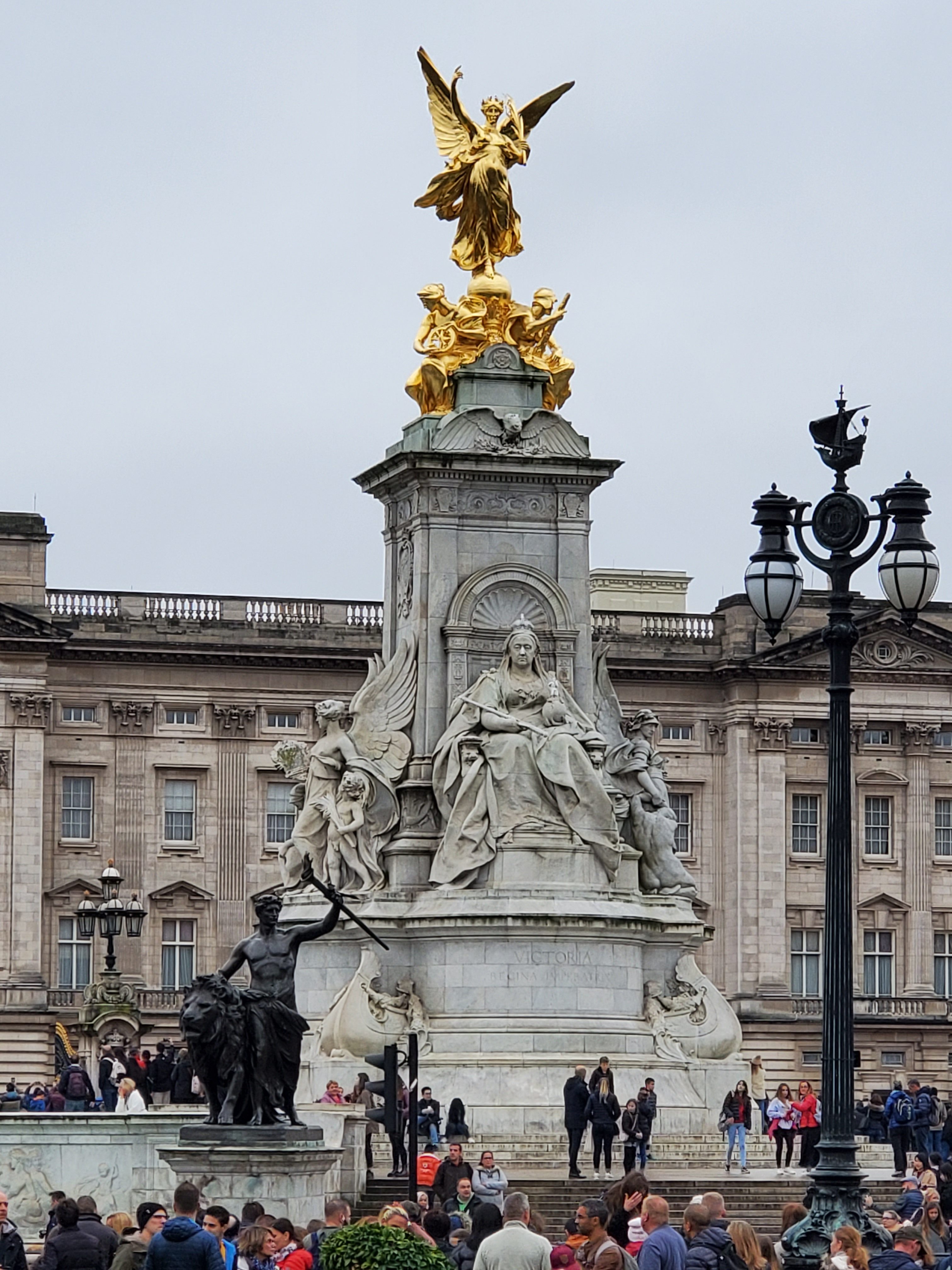 Day 2 of our London adventure included a tour of Westminster Abbey, The Royal Mews (stables), and the changing of the guard at Buckingham Palace. I have always loved poetry, so visiting Westminster Abbey has been a dream of mine since I was a teenager. The Tomb of the Unknown Warrior is the first thing you see when stepping inside, and it is truly a magnificent site. (Unfortunately, no photos are allowed inside.) During World War I, an army chaplain saw a grave marked by a wooden cross, and he wanted to do something to honor this soldier and the many others who were not identified. He contacted the Dean of Westminster in 1920 about honoring these soldiers “amongst the kings.” Four unnamed soldiers were exhumed, placed in coffins draped in Union flags, and taken to a church in France. Brigadier L.J. Wyatt entered the chapel and placed his hand on one of the coffins. A tomb was built just inside the entrance of Westminster Abbey, and King George V personally chose one of his swords to cover the casket with the inscription “A British Warrior who fell in the Great War 1914–1918 for King and Country.” The soldier was interred on November 11, 1920 – now known as Remembrance Day. It is surrounded by red paper poppies and is truly a stirring site. It is the only tomb in the Abbey on which it is forbidden to walk. For State ceremonies, the red carpet is laid around the tomb so as not to disturb it. Royal brides lay their bouquets on the tomb at the end of their wedding ceremonies.

We then walked through the Green Park along the Diana, Princess of Wales Memorial Walk on the way to Buckingham Palace. This marker brought me to tears again – such a beautiful person, gone much too soon.

I grew up in Galveston County and have seen my share of pelicans, but the size of these guys amazed me!

You really have to see Buckingham Palace in person to comprehend its size – 775 rooms including 19 State rooms, 52 Royal and guest bedrooms, 188 staff bedrooms, 92 offices and 78 bathrooms. This is the Queen’s primary residence and place of business. It is considered “The Office” by the Royal Family. Next week I’ll post about our tour of Windsor Castle, the Queen’s weekend residence and childhood home.

Changing of the Guard

I was so looking forward to this tour, I had to make a little Royal Guard crochet pattern.

Here’s a fun pattern to start off your holidays. Earrings measure approximately 1.5″ each, but you can use this pattern with #10 thread to make them larger, cotton worsted to make coasters, or double cotton worsted for potholders.

Rnd 6: Reverse sc around. Join with sl st. Fasten off leaving 4” length. Use length to attach earring hooks. Weave in all ends.

Until then, happy crocheting!