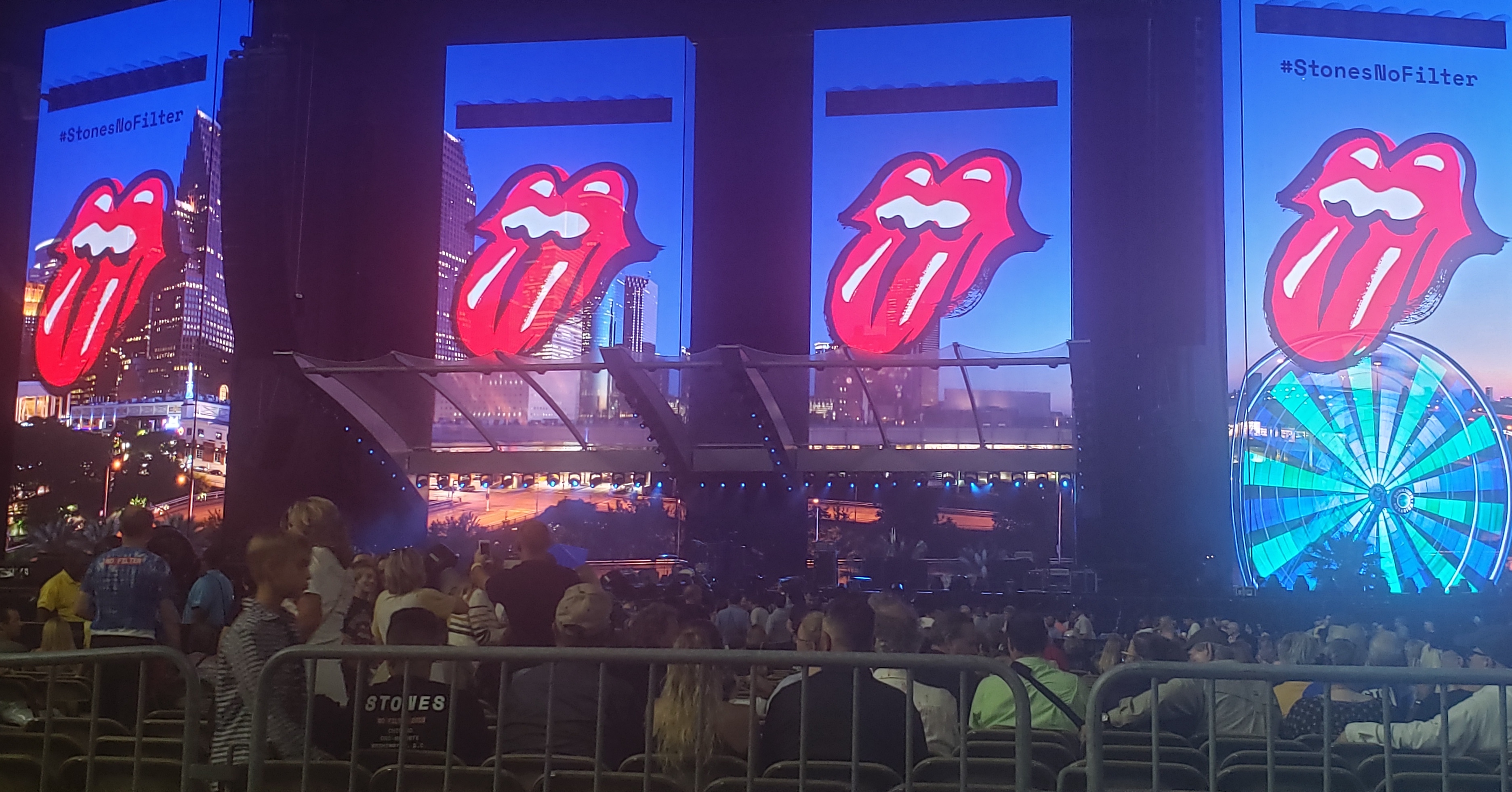 My husband and I are slowly working our way through our travel bucket list, and July was a double. Not only did we get to see Queen in Houston, but a few days later we saw the Rolling Stones. It was one day after Mick Jagger’s 76th birthday and just a few months after heart surgery, but he hasn’t slowed down a bit which left us all wondering, where does he get the stamina? It was an amazing show. NRG stadium was filled to capacity. Opening act was Bishop Gun, a Natchez, Mississippi band, probably the first opening act I have ever enjoyed.

Mick Jagger, Keith Richards, Ronnie Wood, and Charlie Watts showed us that they have no intention of slowing down, even after 55 years of performing.

I’m not sure what will be next on the bucket list as far as music, but next week’s post will be about our trip to Los Angeles. What’s on your bucket list?

Last night’s game between the Texans and the Green Bay Packers didn’t turn out the way that I hoped, but at least it was an exciting game to watch. I love autumn – football, cooler weather, Halloween. It’s also when I get serious about crocheting items for my Christmas gift list. This week’s freebie is actually a knitting pattern, but it’s a simple pattern that works up quickly on a circular needle with worsted weight yarn. Use brown and white for traditional football colors, or use your favorite team’s colors. I would love to see photos of your earwarmer on my Instagram at http://instagram.com/myfingersfly.