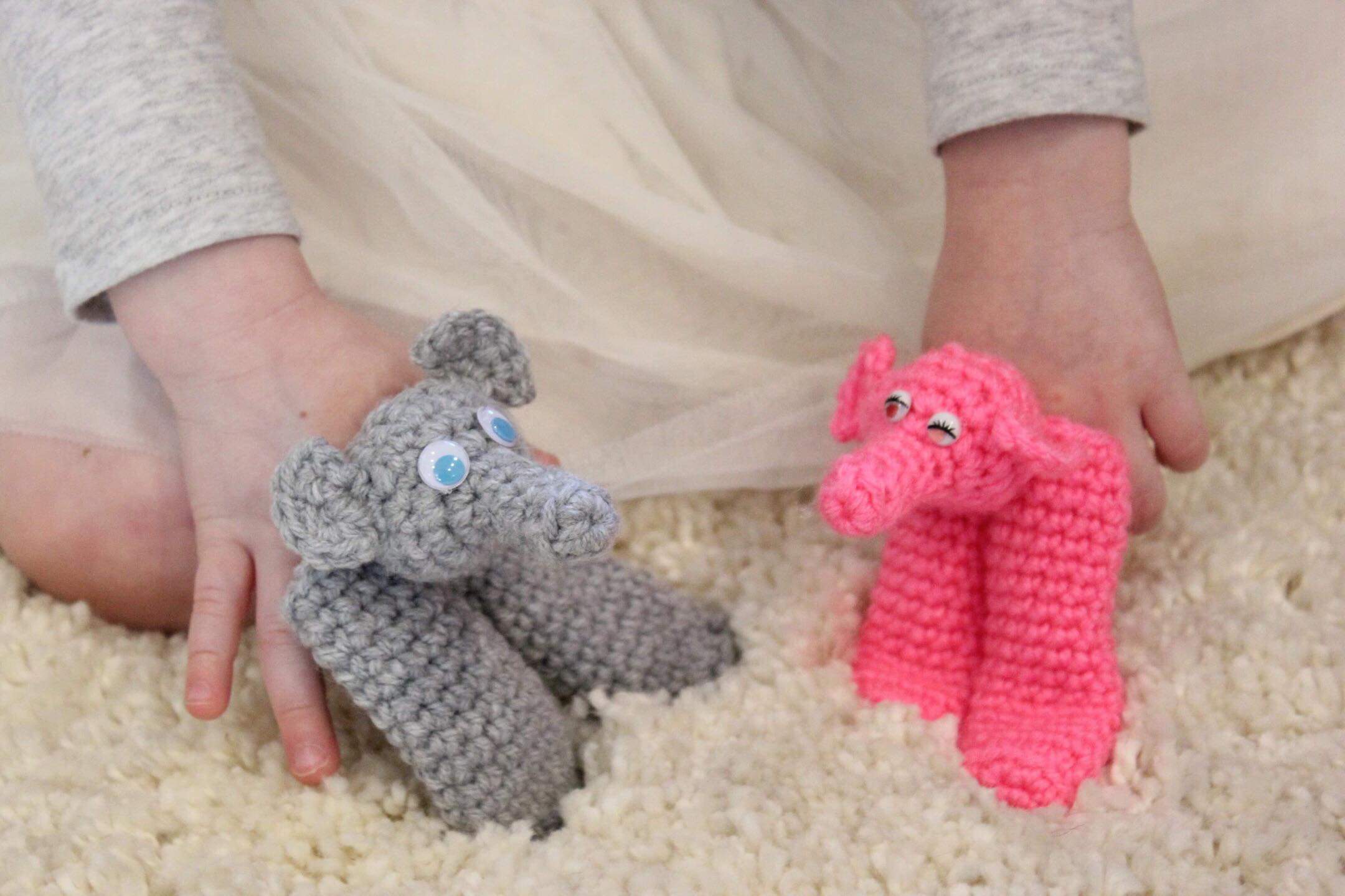 Because so many of us have been sequestered at home over the past few months, there has been a lot of talk in the crochet groups on Facebook about what to do with leftover scraps of yarn. This is also the time of year that crafters begin to look at their Christmas lists and plan for homemade gifts. Amigurumi is always a big hit with the little ones, and this elephant finger puppet pattern takes less than an ounce of worsted yarn, and they’re so quick, you can make a few in one evening. PDF is available at My Fingers Fly on Etsy.

Rnd 3: Working in back loops only, sc in each st. Do not join.

Rnd 4: Working in both loops, sc in each st.

Next Rnd: Sc in each st. Repeat this Rnd once. Join with sl st. Fasten off.

Rnd 2: Working in back loops only, sc in each st.

How do you feel when you have to frog a project? This little froggy just thinks, “oh well.” My new line of fiber artist gifts is now available on Etsy and includes t-shirts, tote bag, coffee mug, travel mug, and water bottle.

There’s still time to make a gnome of your favorite political party before the election.

I’m still working diligently on Halloween patterns for a new crochet book. So far I’m in love with all the designs. When the book is ready to publish, I will be announcing a Halloween giveaway. Several patterns are already available:

In the meantime, happy crocheting!